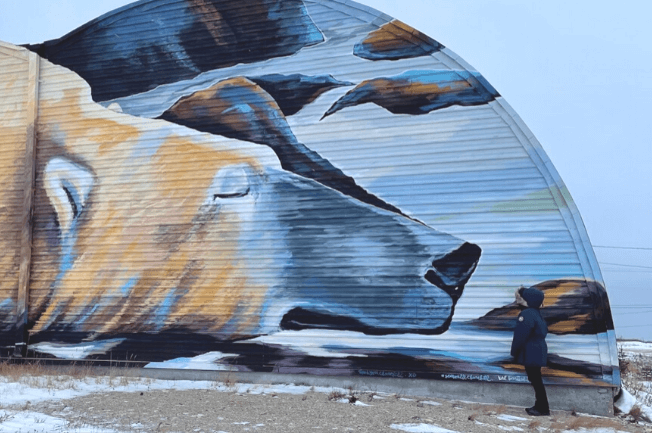 Grin and Polar Bear It: Five Things You Didn’t Know About Them!

Often called the “Lords of the Arctic,” Nanuk (Inuit), Nanook and ᓇᓄᖅ (in Inuktitut), polar bears are also known as sea bears, God’s Dog (by the Sámi and Lapp), Gyp (“Grandfather” in Siberian) and Isbjorn–”The Ice Bear,” in Norway and Sweden. Male polar bears can tip the scales at 1,320 pounds and stand 10 feet tall (they can ride any roller coaster they want). Here are five more polar beary things to crunch on… 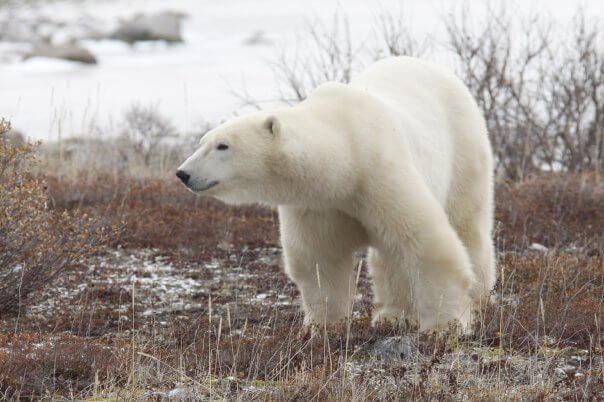 1. Pizzly bears are a thing.

Have you heard of ‘pizzly’ bears? They sound like something you’d win at the carnival. Or, perhaps a back alley code word for cannabis-infused gummy bears. Pizzly bears are none of the above. They’re actually the love child/cub of grizzly and polar bear parents. Climate change has been a culprit of the odd romance and as sea ice thins, polar bears are migrating south into grizzly stomping grounds. The pizzlies or “grolars” are a hybrid species that are oddly compatible and the offspring are fertile. The first observation was in 2006 by a hunter in the Canadian Arctic. The bear had the vanilla ice cream-coloured fur of a polar bear and the signature long claws, humped back, shallow face and classic brown patches of a grizzly. 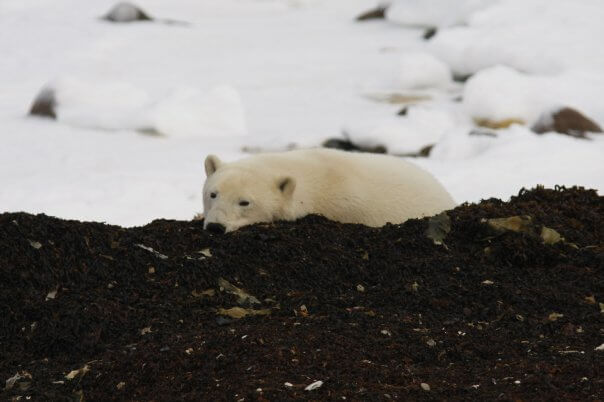 2. You can follow the bears–and we’re not talking about the Chicago ones.

Did you know that you can follow polar bears as they travel across sea ice to hunt from your apartment, streetcar or corner office (shhh)? Courtesy of Polar Bears International, the Bear Tracker shows the bear’s travel history, date it was collared, family tree info (how many cubs), age and weight. You can pinpoint the  locations of the polar bears with an intelligent time delay for their safety. 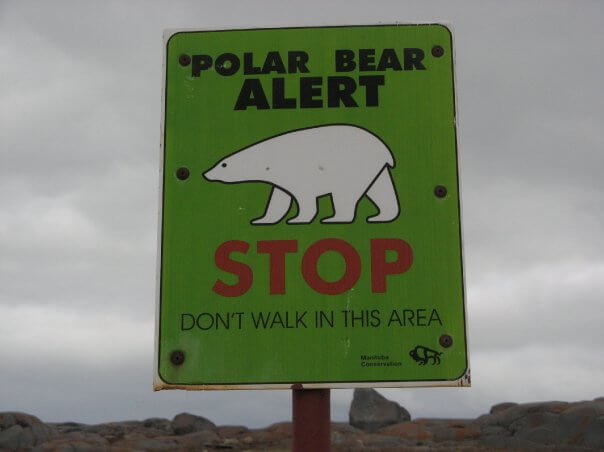 It took my wife and I nearly 30 days to walk that distance across Spain on the Camino de Santiago. In 2011, a female polar bear swam 687km over nine straight days. Her cub unfortunately did not survive the journey. She lost 22% of her body weight in an effort to make landfall. 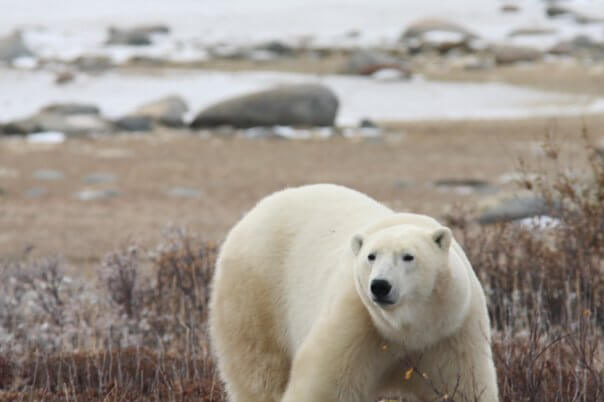 In Barle’s Story, world-renowned zookeeper Else Poulsen shares the heartrending story of a female polar bear named Bärle who was rescued from the inhumane conditions of a circus in the Caribbean. In the safety and sanctuary of the Detroit Zoo, Poulsen helped Barle recover and rediscover love, experience motherhood and follow innate seal hunting instincts in captivity. You can watch a CityTV interview with Poulsen here and see footage of Barle’s past and progress. 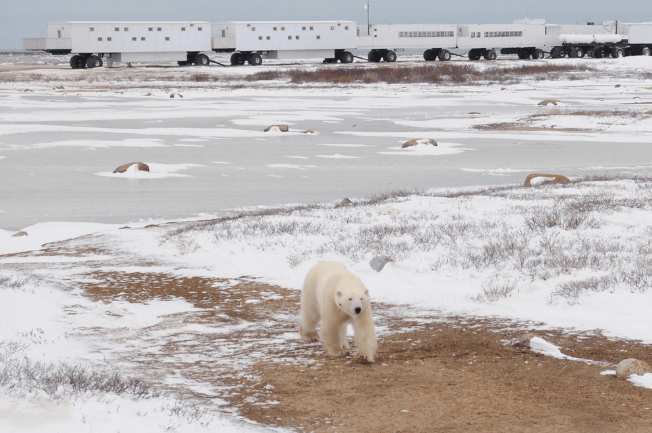 5. Polar bears can detect scents from 30km away.

Polar bears have a highly acute sense of smell. These laser-focused hunters can detect a scent from over 30 kilometres away–most of us can barely sniff out a Kentucky Fried Chicken location a block away. Polar bears can also sense the presence of seals under three feet of snow and ice too! You do not want to play hide n’ go seek with these guys. 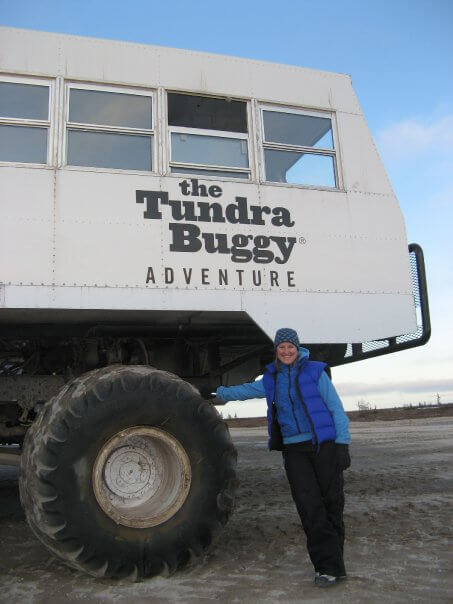 The western Hudson Bay polar bears are the most southern population of polar bears anywhere in the world and studies suggest that there are 900 to 1000 bears in the region. Manitoba Conservation limits the number of tundra vehicles operating in and around Churchill and requires that operators observe strict distance regulations. Wild Women’s Polar Bear Safari offers an intimate opportunity to observe the marvelous bears in the Tundra Buggy®. With accommodations in the exclusive Tundra Buggy Lodge near the frozen edge of Hudson Bay, you’ll have unobstructed access to view the polar bears that patiently wait for the ice to form. The train-like lodge on wheels offers a lounge and dining car and cozy sleeping compartments. The Tundra Buggy® safari in the Churchill Wildlife Management Area will spotlight subarctic wildlife–but the trip packs in so much more: dog-sledding through boreal forest, a visit to the Rocket Greens Project (a shipping container turned hydroponic epicentre providing fresh produce to the local Churchill community) with an artist’s workshop and interactive Indigenous experiences (one of them is edible!). 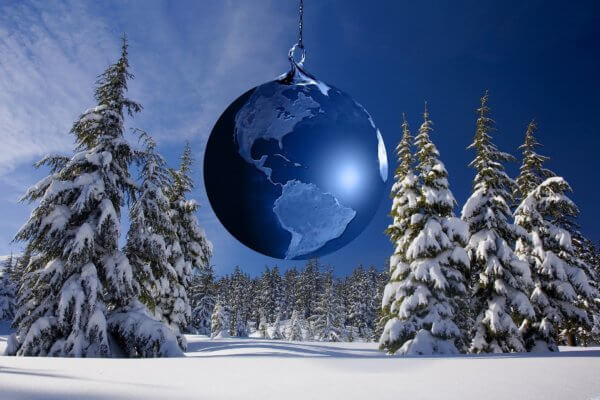 The Gift of Adventure is Closer Than You Think 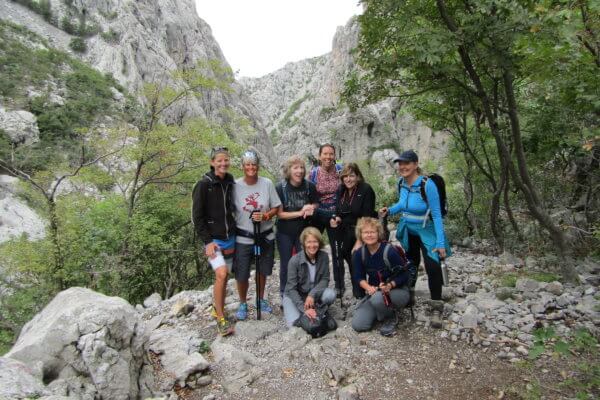 Let’s Get Some Latitude! 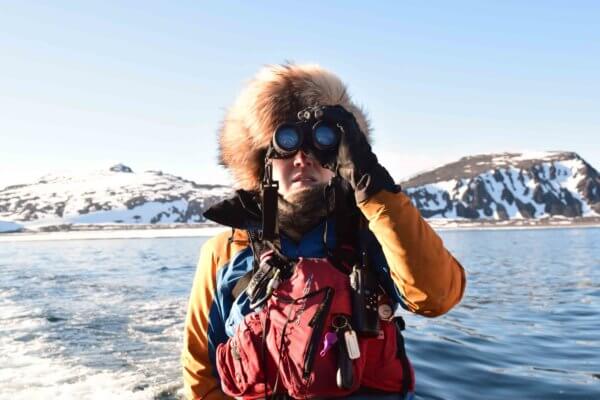